I’m performing a live fundraiser concert for the The Ukulele Kids Club on October 17th at 7:30pm EST. It’s going to be a great night! Watch live and donate: https://www.facebook.com/UkuleleKidsClubInc/live/
ABOUT THE SET
Danielle Ate the Sandwich will “make noise” performing original songs and covers, telling stories, playing games, and improvising new tunes based on your suggestions! She’ll need your help at home for this part concert, part game show, part sing-along! Gather together for a night of heartfelt music, singing and playing “together,” wherever you are!
ABOUT THE ARTIST
Danielle Ate the Sandwich, aka pop-folk songwriter, Danielle Anderson, has been performing nationally since 2009, after cultivating an online following from her homemade videos on Youtube and her unique style of online marketing that brings her music to the audience she affectionately refers to as “Fanwiches.” Danielle Ate the Sandwich has opened for Mumford and Sons, Suzanne Vega, toured with Pomplamoose, and wrote the soundtrack to the Emmy nominated HBO documentary, “Packed in a Trunk: The Lost Art of Edith Lake Wilkinson.‘ Her songs can be thoughtful, heavy, and serious, but Danielle rarely takes herself seriously. She’s known for her quirky lyrical twists, performing most frequently with a ukulele and delivering witty and honest stage banter in her live shows. Danielle is currently based in Kansas City, MO. 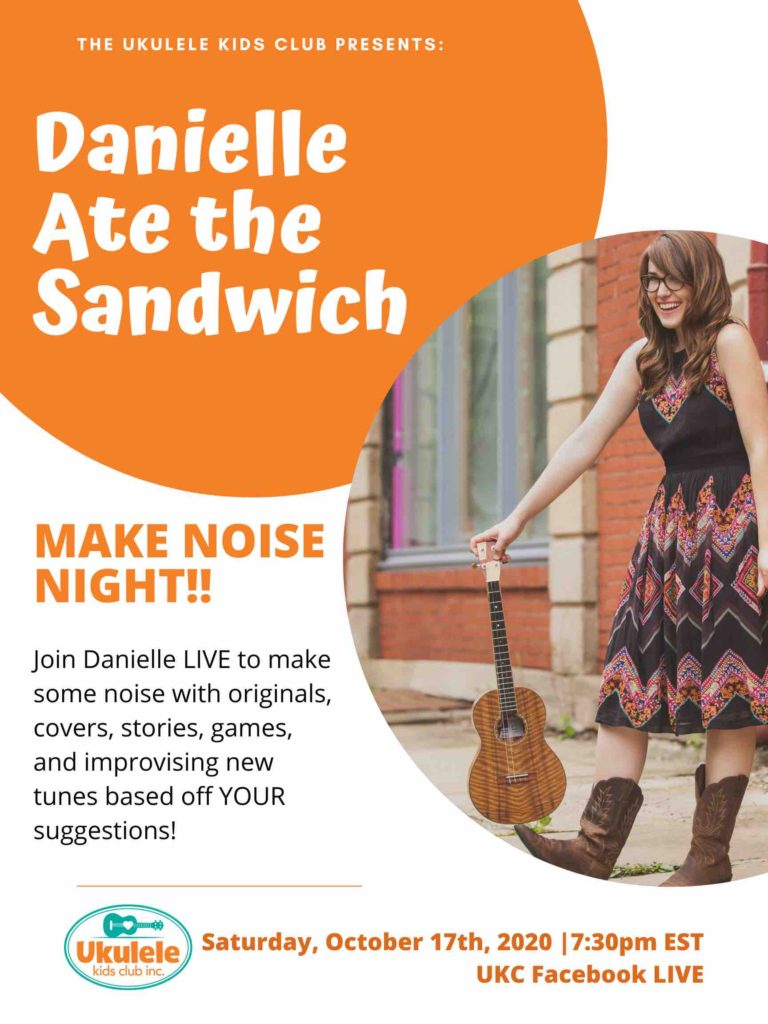